Our family has gone through financial hardships in the past. There were times that we felt we would never get out from under our mountain of debt.

In the coming months, I’m going to share what our family did to get out of debt in the space of  eight months. One of the instrumental people in that process was Dave Ramsey. His teaching leads people through 7 Baby Steps that can lead you to a debt free life where you can eventually live and give like no one else.

Emergencies will come. They always do. They also happen to hit at that magic number $1000, whether it’s a car repair, medical bill, whatever. You have to be prepared. Once that net is in place, it gives you a little breathing room so that you can focus on getting out of debt and living a more financially peaceful life.

Check out his article on this first baby step  and how, if you really focus, you can do it in a month!

When you’re trying to get your career on track, there are valuable people that fall to the sidelines.

Your family, your loved ones, your friends. Kevin and Jeremy talk about the challenges for our families and techniques that can help us keep our most important relationships important.

You can listen here or subscribe on iTunes or Stitcher

Keeping Quiet (And How It Can Help)

When I work down at the Disneyland Resort, I have nearly 90 mile round trip commute. I usually fill the time with listening to podcasts or making phone calls.

I had an insight a few months ago where I realized I wasn’t leaving room for silence in my life.

So I decided to test myself and practice being silent for my roundtrip to work for 10 days. 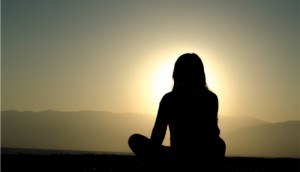 Why on earth would you do that?

For me there ended up being three reasons to practice it.

First it helps to cool the engine of my mind and give it a rest. This is a very noisy world we live in, chalk full of distractions, thousands of things trying to grab our attention every day, whether it’s articles, videos or even advertisements while driving along the freeway.

When I add this to the other things I’m dealing with in life (making a living, having a relationship with my wife and sons, career transition, keeping healthy physically and mentally), I’m riding in the red for a lot of my life. Being silent gives me a chance to take the foot of the gas and let the engine of my mind rest. END_OF_DOCUMENT_TOKEN_TO_BE_REPLACED

Part of our family just returned from a camping trip on Santa Cruz Island, part of the Channel Islands, off the Southern Californian coast. It was magnificent. We went ocean kayaking, hiking and got to spend some wonderful time together connecting and recharging.

Camping is a great way to unplug from the stress of work and refuel yourself in the wonders of God’s creation. If you’ve never gone camping, I found these great sites that point you in the right direction to explore the great outdoors.

First visit easycampinglists.com to see what type of gear you’ll need to bring with you. This site breaks down the different types of camping you might want to do: single, family, backpacking camping, or “glamping”(glorious camping).

Then visit reserveamerica.com to see what types of campsites may be available to you nearby. Some popular spots are reserved months ahead of time, but there may be great little finds in your neck of the woods.

Camping is a great way to take a break, spend time with your loved ones, or just simply unplug from the frantic pace of everyday life. Get out there and enjoy!

Mornings aren’t easy, in fact, some people just dread them.

In this episode, Kevin and Jeremy talk about how you can turn your morning around and make it the best part of your day.

You can listen here or subscribe on iTunes or Stitcher

Smartphones have been incredibly helpful in the last decade. We have instant communication and access to information with the swipe of a screen.

Perhaps it’s a little harsh referring to them as a “21st century cigarette pack”, but there are elements of smartphones that seem dangerous.

I’m experimenting with how I use my smartphone. I’m trying to stay away my phone for the first hour of the day, unless it relates to daily mediation and prayer. No email, Facebook or Twitter.

When I arrive at work, I try to spend the first 30 minutes of my day engaging with co-workers face to face to see what’s going on in their day.

When I’m at dinner, the phone ringer goes off. That’s my family time.

Ideally, though I am still working through this, I stay away from the phone for the last hour of the night so I can prep for sleep. If I do read, it’s from an actual paper book.

The smartphone is an incredible and useful tool, but it’s important to establish healthy boundaries with the devices so they are not affecting our lives negatively. Tools have a time and place to be used.

I wouldn’t go to bed with a table saw. 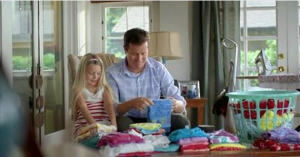 For the last 10 years I’ve battled the same 15 pounds.  So I decided to do something about it.

I started logging my food using an app on my phone, but I knew I needed to add exercise into my routine as well.

I was doing 15 min walks every other day, but I needed to add strength training as well.

That’s when I found this:

The results: I have been gaining strength and muscle. Combined with my running/walking and food logging, I have lost 13 pounds and intend to keep it off.

Give it a try and see if it helps. It did for me.

We all have ideas and projects that pop into our head constantly.

Some of those ideas reach the point where we take action and start them. We can be so enthusiastic and excited about launching out on our new endeavor.

But what happens when times passes and you still have finished that project? What do you do?

In this podcast we examine the obstacles that you may encounter when trying to accomplish a project. We also explore techniques that you can use to get that work done.

I had some uncomfortable feelings come up a few weeks ago.

I started thinking about the very long list of projects that I’ve “committed” to. Things that I have started and not finished. Business relationships that I don’t feel very strongly about. My career transition and what that’s going to mean.

The difficult character flaw that I recognized is that I’m a very enthusiastic “Yes Man” at the beginning of a project. 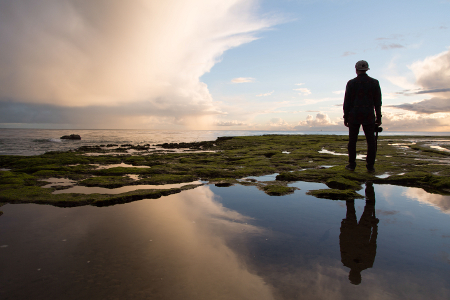 I’m the guy that gets other people excited and says “Yes, we can do this!” I promise people the moon and the stars. Everyone says “That’s great, let’s do it!”

I realize I don’t have the time, or the energy. Or a project is not turning out to be what I initially imagined. I start to fizzle.

Instead of admitting my error of judgement, however, I keep up the positive demeanor. I nod and say “You bet! This is going to be great!”

I can only keep up the facade for so long. Slowly, I stop becoming excited. I start dreading it. I don’t want to be a part of it anymore.

I also don’t want to have an awkward conversation with the people I “committed” to. But it has to happen, because as an executive once told me:

Ultimately I’ll speak to the people involved in the situation.

Going forward I need to be cautious about decision making, because I want to be a man of integrity.

I want to be a man who can deliver on his word.

(By the way Rick Warren covers several of these topics when it comes to decision making and knowing if an idea is truly God inspired.  A great resource when you seem to be at a crossroads)