(This is the second part of a story that tells the story of how I made a poor decision that left me unemployed for 11 months. For the first part read here)

After I had left my regular work at Disney in the fall of 2005, I thought things were going to go my way. We had some money saved up. I was sure that television commercial work would start pouring in.

I was so confident that I even turned down a seasonal opportunity from another theme park because I was going to leave that behind me.

My problem… I didn’t have a plan in place. I wasn’t in a regular acting class at the time or a regular group where I could exchange ideas about how to get consistent work.

I was just winging it.

Not having a plan in place was very detrimental. I found myself with a lot of free time on my hands. Without a clear direction, I became easily distracted or overwhelmed by what needed to happen in order to book work.

I wasn’t handling it very well.

I felt guilty that I couldn’t seem to get things done so I started filling my days with anything and everything.  I started volunteering at the kids’ school, volunteering at church and just being involved in a myriad of different non-paying activities.

Volunteering is a good thing, but when you are not taking care of  basic income for the home it can cause its own problems. And it did. Before I knew it I found myself emotionally committed to things that had nothing to do with forward motion for my career. I was stretching myself too thin and getting exhausted. But at least I could claim that I was “busy.”

I also started numbing myself with food and booze. Not helpful. When you go to an audition for a television commercial, you don’t look too attractive when you’ve got a puffy face from booze and a poor diet.
I was fortunate enough to book odd jobs here and there. I did extra work for a few television shows but found the experience depressing and not very lucrative for a man trying to support a family of five.

END_OF_DOCUMENT_TOKEN_TO_BE_REPLACED

“Don’t compare your messy backstage with someone else’s front stage.”
I think sometimes we can look at successes that other people have and go “Wow, they have it really easy.”
No they don’t.
Everyone has their challenges along the way.
With that in mind I wanted to share a story about a rough patch that I went through back in 2005-2006.

It’s a story about pride, frustration, hopelessness, humility and ultimately just turning it all over to God.

I want to share this story because it shows how I made poor decisions in my career and life, but with God’s Help, Grace and Mercy, I was able to get me back on track.
Between 2002 to early 2005 I was having success working as a commercial actor. I’ll admit, it was nice. I wasn’t swimming in pools of money but I was starting to see results from working on television.
I had booked a series of national Dodge television commercials that had not only aired, but had been renewed, which meant I was receiving nice residual checks. My wife and I jokingly referred to this time period as being “thousandaires.”
There is something nice when you have money in your bank account don’t have to sweat it when the car suddenly needs repairs.
During this time period we were facing other challenges in our life. The most pressing issue was that our youngest son Duncan was diagnosed with autism. Receiving money during this time helped take some pressure off of us that we were feeling in the home.
But there was something else that was happening in my heart at the time.
I had developed a sense of self-entitlement.
“I’ve done all this hard work as an actor, some people didn’t think I would have success, and now I’m going through this hardship. I deserve this success!”
Maybe a nobel intent, but my mindset was not very charitable or humble mindset. It was more of a “I’ll show them” attitude. Pride was there.
Now that the work and the money was coming in I felt confident that it was always going to be like this. I had been working a number of years at Disney doing my shows and there were some behind the scene issues occurring that I let wound my ego. Instead of using these moments as a learning opportunity, I let my pride get the best of me.
I sat down with Kate,my wife, and told her that I felt that I was being led to leave my regular work at Disneyland. I was going to jump in head-first into being a full-time freelance actor.
Kate was hesitant of this decision. She asked if I would consider reducing my hours at Disneyland and still accept part-time work. I held my ground and said that I needed a clean break.
To her credit, she supported my decision. She didn’t feel good about it but she trusted me. So I put in my notice at Disney, said my goodbyes, received my final check. We had a  farewell party at a friend’s house.
It looked like it was going to be a beautiful future filled with freedom and opportunity.
Little did I know at that moment that I should have heeded Kate’s reservations.
What was to come was going to be a very difficult 11 months for my family.
And I had no one else to blame except the guy that was looking back at me in the mirror everyday.
(To be continued…)

Is Netflix trying to hook you?

At a recent conference, Netflix CEO Reed Hastings said that entertainment is changing into something else. According to Hastings, movies and television are the changed versions of opera and literature. He envisions a future where media changes into a product that could be consumed, literally, as a pharmaceutical. 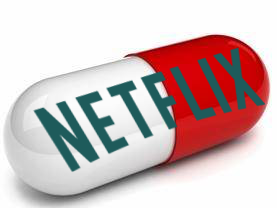 A pill that someone would take in order to experience entertainment.

Yep, it’s true. You can see some of his comments here.

When I hear a suggestion like that, I have a vision of people not engaging with one another, but instead isolating in a media hallucinogenic trip.

That is not the future. I believe that one of the purposes of art is to reflect the human experience and allow the opportunity for the Divine to speak to us. Art should point us towards working and growing together.

Even media that we might experience on our own (books, music, etc.) gives us the opportunity to talk to other people about our experiences.

Having a chemically altered experience that would manipulate our feelings and possibly drive us away from communicating with each other (“I can’t explain it, just take this and you’ll know what I mean”) is not an end we should be driving towards.

It doesn’t surprise me that this idea comes from the man who’s company gave birth to the concept of “binge watching”.

A Word of Encouragement

It starts with talking with one another.

It starts with loving one another. 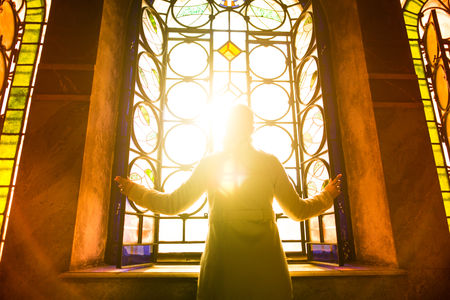 It starts with listening and discussing with one another.

It starts with action.

It starts with serving one another.

There is hope. There is a loving Creator who is calling you to His Purpose.

Heed His Voice. Help one another. That’s what He wants you to do.

You’ll get through this.

Pain is a part of the breaking down of those old parts of us, so we can make room for growth.

May God bless all of you today.