There is a concept that floats around a lot in the 21st century that, although it has good intentions, has been turned into something that I don’t think is very hopeful and encouraging for the human spirit.

The idea of “running out of time”, “being too old”, “being past your prime.”

It doesn’t leave a good taste in my mouth.

I understand the spirit in which these warnings may be given. Don’t squander your time or your resources.

Unfortunately, there is a negative effect that comes with this. People may feel that they have lost their opportunities in life, that the train has passed them by and all they can do at this point is throw in the towel.

You always have the ability to make an impact.

With this in mind, I remembered a great movie that example of using your influence and current skills, no matter what circumstance you may be dealing with…

“Ikiru” is a 1952 film by the great Japanese director Akira Kurosawa who is know for “The Seven Samurai”, “Yojimbo”, “Rashomon” or “Ran” to name just a few. Though “Ikiru” may be overlooked, it has a powerful message that inspires one to move forward with our work and our influence, no matter how small it may be. 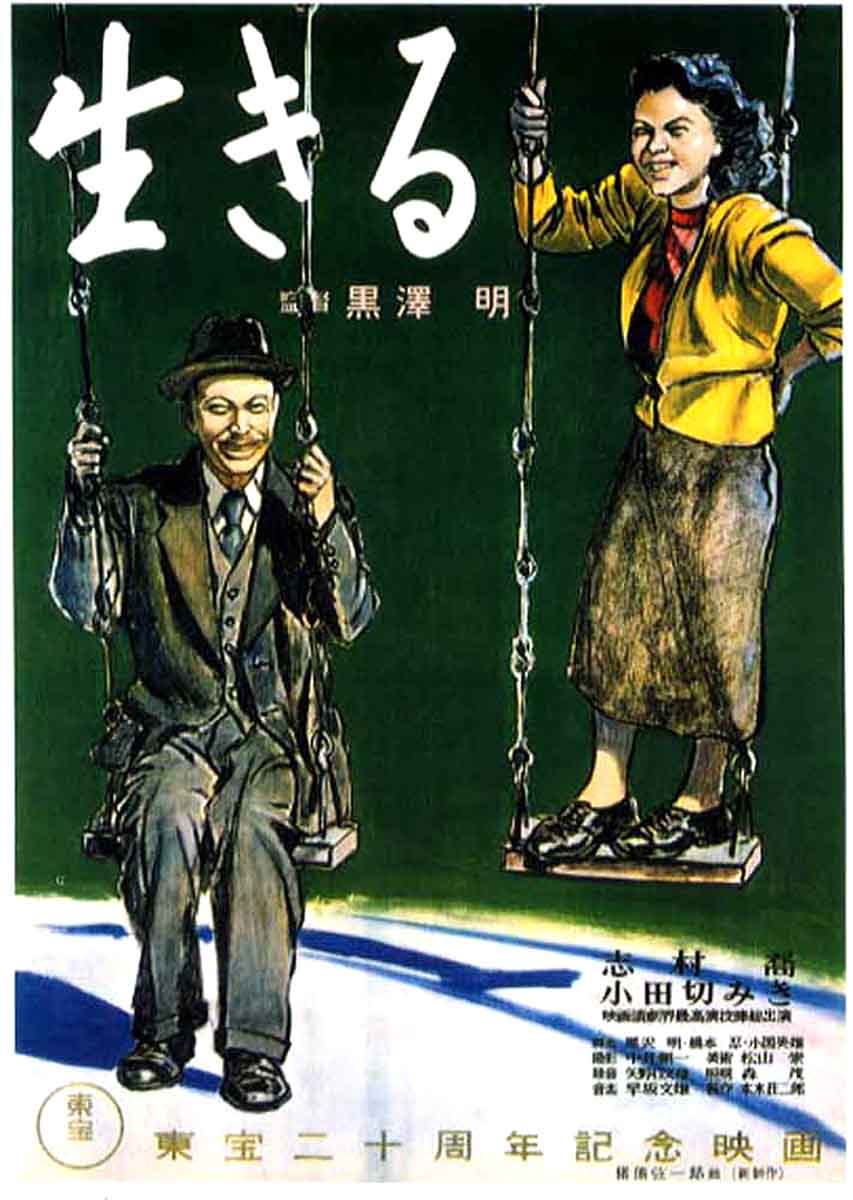 The film tells the story of a longtime Tokyo bureaucrat who has lived a life of routine and boredom.

His life is drastically changed when he discovers that he has been diagnosed with terminal cancer. At first there are waves of shock, fear, sadness and self-pity that overwhelm him. This transitions into an appreciation of life around him. But the last section of the film is that which truly inspired me.

This dying man has the realization that although his time is short he can try to make a difference in his own small way before he passes away. I would encourage you to watch the film if you get a chance. I won’t spoil the story for you, but his work makes an impact in the community and effects his younger co-workers to model his action.

“Ikiru” (which means “To Live”) reminds us that no matter how small our world is, or how restrictive our environment, there is something that we have control or influence over. We must find the strength, the support and hope to take action and make a difference.

Survive Without a Smartphone [Podcast] Is “The Walking Dead” having us wake up dead? [VIDEO]

A Bible Reading Plan can lead to helpful insight

How to Get Rich without getting lucky – Naval Ravikant